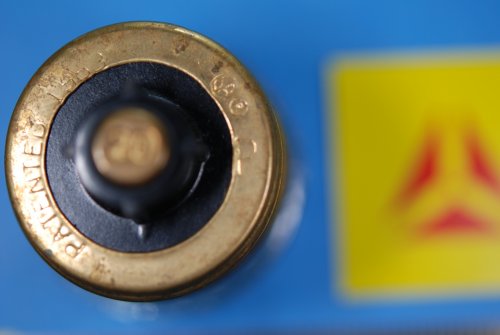 In our publication of last October, we showed that fuses come in many forms and are still used in many applications.

We will discuss the types of fuses in the following lines. The breaking capacity of electrical protections will be described in an upcoming article.

There are currently three types of fuses that can be found in an electrical distribution system of a building, and they are identified by the letters C, P, and D.

A type‑C fuse, or the type that is often not identified on the fuse, is no longer made today. However, it can still be found in electrical equipment since this type of fuse could have worked without problems for many years. Type C is the simplest fuse, i.e. the fusible link is simply connected to its terminals inside the fuse itself. Remember that the fuse link is the component that melts during a fuse operation, which is why this type of electrical protection was given the name “fuse”.

As for a type‑P fuse, it contains an internal connector called “low melting point”, which is in series with the fuse link found in basic or type‑C fuses. This low point connector is temperature-sensitive. This type was developed to allow a protection operation when the ambient temperature is too high. This situation could occur when a loose connector overheats near the fuse. A type‑P fuse then cuts off the power during an overload, a short‑circuit and when the ambient heat is too high.

Figures 1A to C illustrate fuses of types P and D and show that they are well identified on the fuse.

A type‑D fuse is similar to a type P, except that it also contains an element that absorbs a portion of the power for a short period of time. One can often read “dual element” or “time delay” to identify a type D. Type‑D fuses were developed mainly for applications containing an electric motor since a motor momentarily requires much higher power at start‑up. A type‑D fuse therefore avoids the untimely operation of the electrical protection that would react too quickly upon start-up of an electrical equipment, such as a refrigerator or a pump. 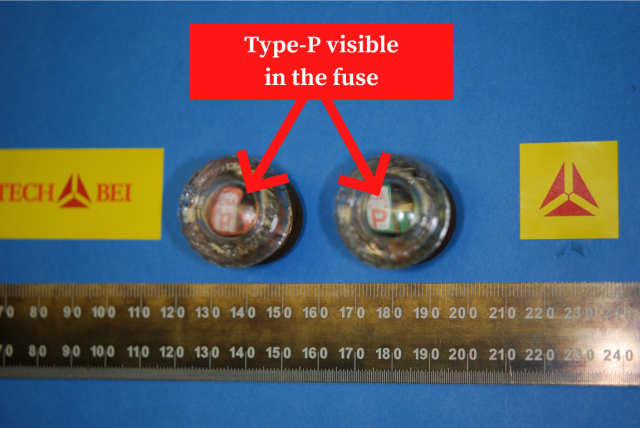 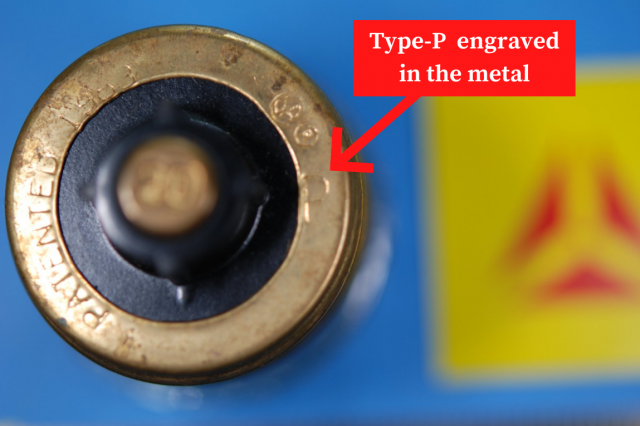 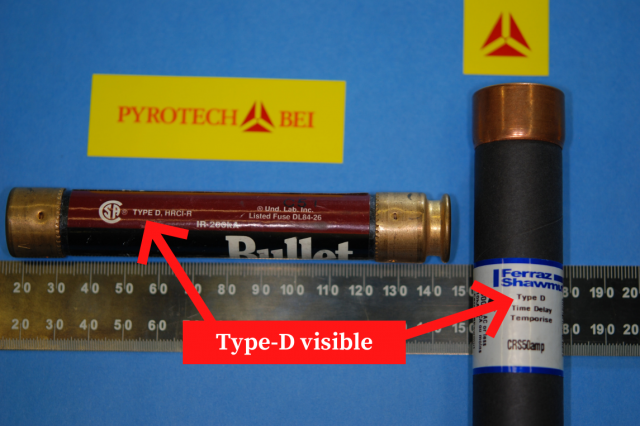