Materials Science at the Service of Olympian Skiers 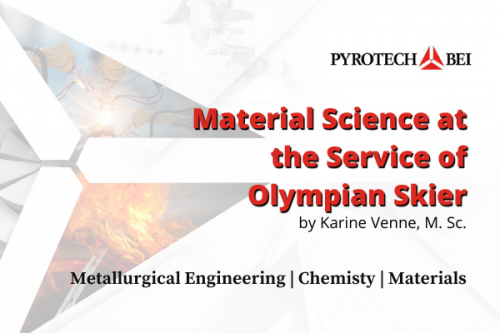 It was in the 18th century that downhill ski competitions first appeared. Indeed, at that time, the Norwegian army used downhill skis made of long hard wooden boards (often more than 2 meters), such as ash, to compete between soldiers. It is in the region of Telemark, Norway, at the end of the 18th century, that the first ski camber appeared. This type of ski made it easier to perform turns,and this technique bearing the same name today is still in use. A few decades later, the first laminated skis emerged. It was the first time that a combination of hard wood was used for the base and another softer wooden board for the top, such as spruce, which resulted in lighter skis with more flexibility and rebound. The dazzling evolution of this sports equipment was then launched.

It is well known that alpine skiing is divided into several disciplines, the most traditional ones being downhill, giant slalom and slalom. More recently, freestyle skiing disciplines, such as ski cross, mogul skiing and slopestyle, were added. The properties and characteristics of the skis vary depending on the course that the skier has to accomplish.

For example, for downhill skiing where wide turns are performed and speed is essential, the skis are long, rigid and equipped with edges (blades) to offer stability permitting better control at high speed on icy courses. For mogul skiers, on the contrary, skis must be more flexible and lighter to perform short turns and obtain better absorption of moguls to execute spectacular acrobatic jumps. Downhill skis are therefore much longer and wider than mogul skis, especially under the boot, which makes skiing much easier to maneuver.

The choice of materials is essential when constructing these different skis. Modern skis are composed of multiple layers (Figure 2), and the combination of different materials provides the desired flexibility and weight[1] according to the use for which they are intended. 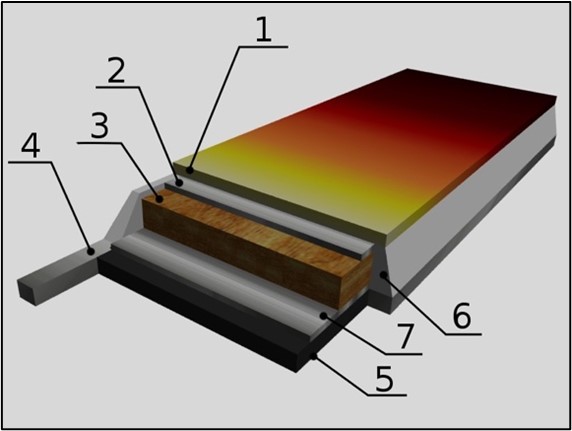 The ski base (5) is usually made of polyethylene with very high molecular weight (UHMPE). This polymer with low coefficient of friction and extremely resistant to shocks is ideal as a slide material on snow. A series of very thin laminates, fiberglass or carbon (7) are then added. Carbon films are preferred to reduce the ski weight, such as the ones used by mogul skiers, and fiberglass is used for downhill skis. As for the core of the skis (3), it is composed of wood for high-end skis such as the ones used by Olympians. For downhill skis, the wood is rigid (such as ash), whereas the mogul skis are made of light and flexible wood (such as poplar). Finally, a plate or a full layer of Titanal is added for downhill skis, namely a metal alloy, to increase rigidity and stability at high speed.

We hope that our Canadian athletes will make the most oft he technical performance of their skis during this Olympic period.