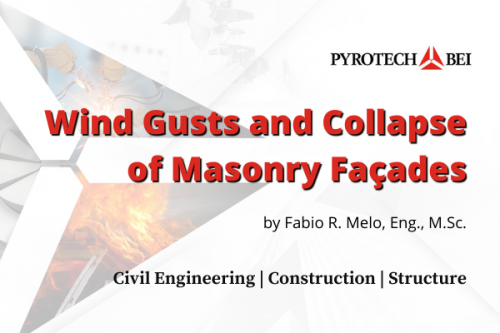 In Quebec, Law 122 requires owners of buildings with five stories or more to carry out inspections every five years, starting before the tenth year after the building construction, in order to assess the stability of the façades. This law does not apply to buildings of four stories or less; nevertheless, the condition of these buildings depends on their owners’ diligence. 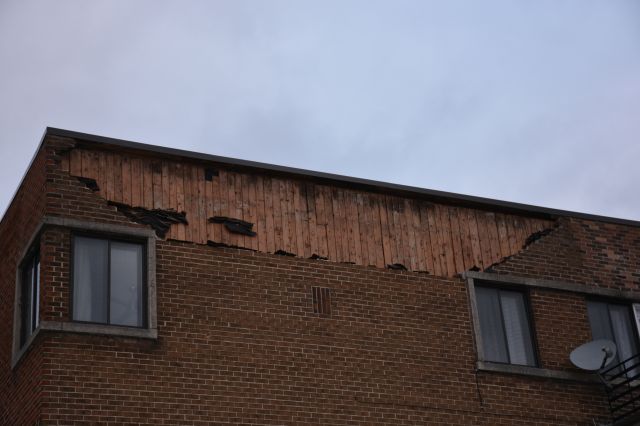 On older buildings, generally more than 20 or 30 years old, masonry façades can deteriorate to the point of collapsing at the slightest wind gust, sometimes with fatal consequences. Indeed, these façades are held to the structure by metal anchors (nails were used in older buildings) to ensure their lateral stability. Over time, under certain conditions, these anchors deteriorate and become insufficient to support the weight of the masonry. The first visible signs are generally a localized bulging of the masonry, which can also cause its detachment around windows. 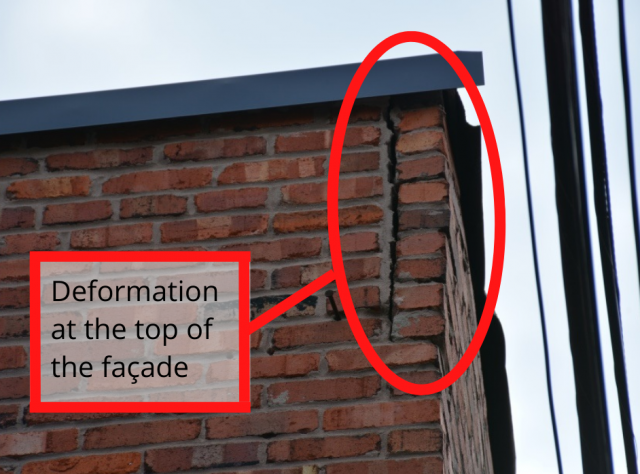 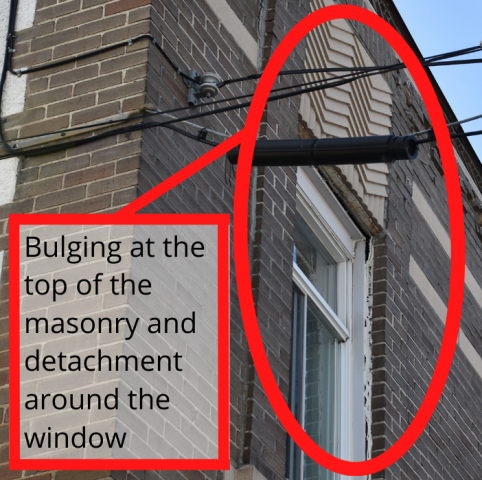 Moreover, collapses of masonry veneers often occur on days with “strong winds” since these winds exert additional pressure on already weakened façades. However, these winds rarely exceed the National Building Code design requirements. Thus, the wind becomes more of a trigger than the cause of the collapse. 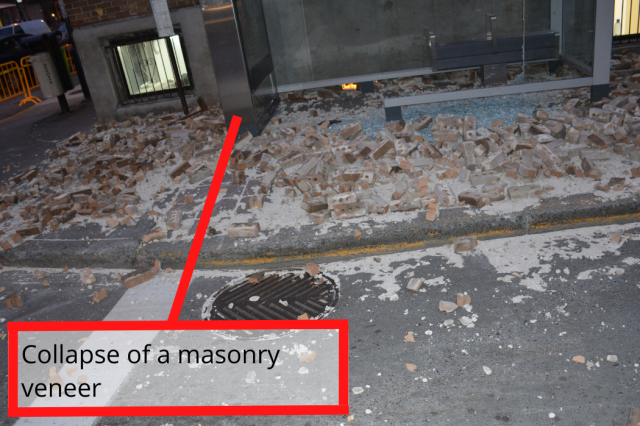 All in all, rigorous building maintenance and particular attention paid to signs of deterioration on masonry veneer façades are keys to preventing such incidents that can turn out to be tragic.