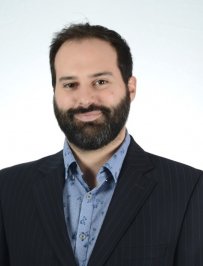 His background has allowed him to acquire important notions about management, structures and concrete. He has been a very active member of Laval University's concrete canoe team, which has won several international honors. His involvement and his research have earned him awards from the community for their originality and the advancement they have allowed.

In his spare time, he is a fan of cycling and traveling.