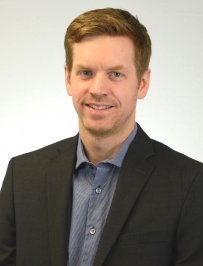 In 2017, Philippe Boilard joined the multidisciplinary Pyrotech BEI team as a forensic engineer in mechanics. In 2004, he obtained a Bachelor’s degree in Mechanical Engineering from Concordia University.

Member of Ordre des ingénieurs du Québec, he also holds the fire and explosion investigator certifications from the NationalAssociation of Fire Investigators (NAFI).

Previously, Philippe worked in the field of petroleum construction and the design of industrial piping systems. He has been working in forensic engineering since 2012.

As part of the Pyrotech BEI team, he carries out technical investigations to establish the cause of accidents and malfunctions in the fields of general mechanics, building mechanics and vehicles.

Philippe shows early interest in everything related to the mechanics and operation of equipment. In his spare time, he likes to play hockey, work on his cars and enjoy the outdoors on bikes or camping.