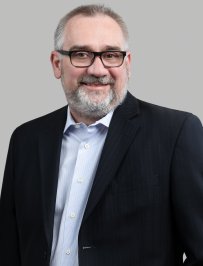 Since 1998, Denis Saucier has been part of the multidisciplinary Pyrotech BEI team. He works as a forensic engineer in the origins and causes of building fires. His mandates include analyses and studies of electrical malfunctions and unmetered electrical energy. With more than 35 years of training and experience, Denis has conducted around 2000 investigations and has testified in Court as an expert witness on many occasions.

In 1984, Denis graduated from École polytechnique de Montréal with a Bachelor’s degree in Engineering, specializing in Electricity. In 1985, he began his career as an investigator and research assistant at the Université de Sherbrooke under the supervision of Professor Bertrand Béland, Doctor in Electrical Engineering. The main goal of the research was to understand the behavior of electrical systems caught in a fire. Denis constructed laboratory models in order to reproduce hundreds of electrical failures and to test electrical contacts. This research led him to visit disaster sites in order to determine the origins and causes of fires.

In his youth, Denis was a Quebec bantam hockey champion, a drummer in several bands and a high school president representing about 1,700 students.

As a father of 3 children, Denis' personal interests are focused on his family. He loves animals, nature, astronomy, music and sailing.